Fallout 76 is not FPS but.. some game mechanics from first person shooters are implemented

As a guy who spent a lot of hours in Battlefield games I see some similarities in the behaviour of automatic weapons - vertical and horizontal recoil of weapons.
When VATS stops working, only you, your rifle and skill remain on the battlefield.

First of all, your accuracy will depend on how and with what you shoot.
It may seem that using an automatic rifle is about filling enemy with bullets, and yes but only in such a way that as many of bullets are able to reach the oponent. You have 20-30 rounds at your disposal, pressing LMB will empty your magazine in seconds. You can't waste these rounds.

Weapon selection
I often hear that damage is most important. Yeah, but are you sure?
Imagine that you have two rifles: A and B.
A - deals 100 damage but has big and hard to control recoil, B - deals 50 damage, almost no recoil,
Only half of 10 bullets from rifle A reach your enemy. All 10 bullets from rifle B reach your enemy.
With such an approach, damage is not an obvious choice.
Best example of this is Handmade and Fixer. Second rifle deals more damage but it is losing with handmade because of it's accuracy. Every ballistic weapon has a feature of "accuracy" - higher accuracy, less recoil. Simple, right? This is how the numbers looks like.

Most of PvP players will choose Handmade instead of Fixer because of 110 cap and accuracy.
Truth is, Fixer without VATS is like manure spreader.
Recoil Control
Weapons in F76 are characterized by different recoil, it's usually top-right.
The easiest way to stabilize aim is moving your camera in opposite direction (down-left).
This technique is ideal when you shoot full auto on short and medium distance and like every shooting technique it needs practice. In case when enemy is on long distance, you should use burst fire (3-5 rounds), combine it with recoil control and you will get perfect bullet concentration.
So much for the theory, time to go to the shooting range.

Firing position
Your position is important too. Pay attention to what happens to your weapon sight when you are moving/standing/crouching. When size of your crosshair is smaller, your recoil is smaller.
The best position is of course not moving when crouching. 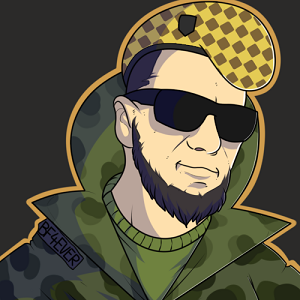