Mutations are usually considered as something bad, but here in F76 they are must-have. One might think that mutating in Fallout game is rather dangerous and unwanted, but that's not the case with the mutation system in Fallout 76. It's just another layer of customization of your character. You lose something in order to gain something else. 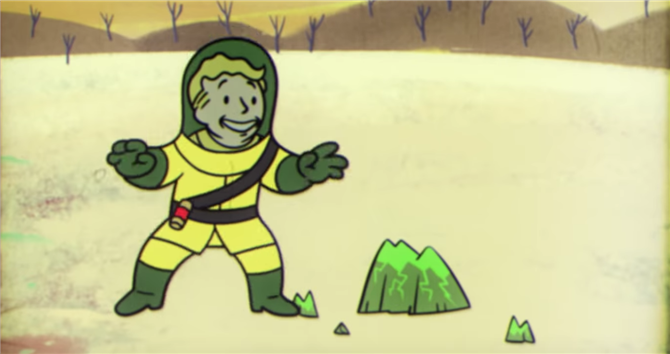 Class Freak and Starched Genes These perks are needed to start having fun with mutations, they are located in Luck category. Class freak reduces negative effects of your mutations by 25%/50%/75%. First level of Starched Genes gives less chance to mutate from rads or for RadAway to cure mutations, level 2 guarantee us that we will never mutate from Rads and RadAway won't cure mutations. Remember that using this card doesn't disable a effects from using serums. 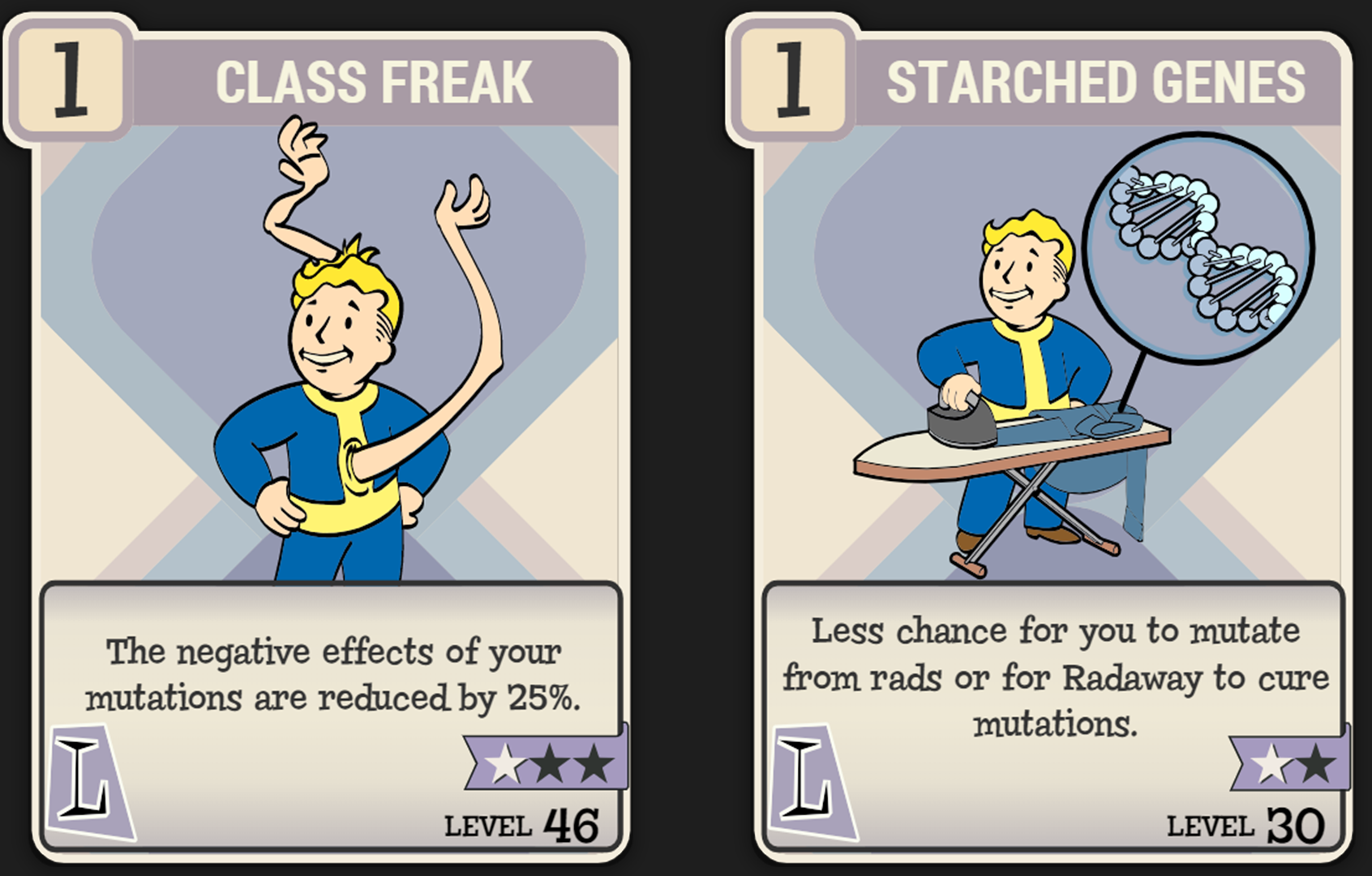 Where to get mutations? There are two ways to get a new mutaton. You can gain mutations randomly, from radiation, or in planned way, by using mutation serums. Be smart and buy serums from players Vendors, not from MODUS. The average price of serum is between 300 and 400 caps. How to cure mutation? There is no way to cure mutation you wanted, it's based on RNG. If you want only one gone, you must erase them one by one until you get rid of the one you don't want, and after that you need to regain lost mutations. To cure mutation you must use RadAway or enter Decontamination Shower without Starched Genes equipped. 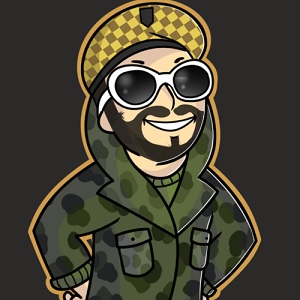